Plot story narrative scenario
*Note: This was written at almost 4AM, and as such may contain much gibberish
Your adventure takes place on Jamland Island, where you are currently relaxing on your vacation. The annual Jamabata festival is on, and things could not be more jolly. However, things take a turn for the slightly less jolly when the self-proclaimed Dark Lord Chad steals the cocoon egg thing in which Jirachi sleeps! You must chase him and stop him from fulfilling his wish for World Domination. There's also a shady hot springs manager in there somewhere, but he's probably not too important.
Hopefully.

Notes
I have many things I'm unhappy with for this project, most or all of them about the main story plot in the game. But I also learned some stuff and there's also a lot I'm happy with (not the story) so I guess it's all fine and lovely in Jamlandland.

I want to just say that I am first on your game. Your game looks very promising, especially since your previous games were amazing.

Edit: Dang it, I was second.

christ, where've you been all this time, hukon?

this is going to be lit

Ohohohohoho, I enjoyed thyme last year. Let's see what Desiderate has in store for me! Your game jam games are always pretty nice to play through!

the king awakens
he rises from his slumber
to own us all hard
Last edited: Aug 11, 2017

the king awakens
rises from his slumber
to own us all hard
Click to expand...


You need another syllable on the second line.

Hukon said:
You need another syllable on the second line.
Click to expand...

it was supposed to be "he rises from his slumber."

SmokedPaprika said:
hukon i love you
will you marry me please love
i made a haiku
Click to expand...


Thanks for the haiku,
But I will not marry you,
I'm very sorry.

Not a Russian Troll

Hehe, Jamataba. You should win just for that pun alone.

Played it on stream today! (I'll get you a link soon if you want it). I really enjoyed it, your writing and eventing are as on point as ever my guy. I'm very excited to dive into the rest of it and finish it off on my own time, your charm is shining through at full force in this one!

That being said, I battled the burglar in the hotel at the start and lost. (Dragon rage felt a bit much that early honestly), and I did get stuck. Not a knock against the game during judging, just a small oversight with the Home metadata.

Looking forward to seeing what else you've put in the game. I fear for my sides.

Hi Hukon just finished playing Desiderate and it was amazing. Really loved the simple story and the difficulty was perfect. It was really fun to play those small mini games and the gen 3 music throughout the game was also nostalgic. On the whole great game and good luck for your future projects.:blush:
​

what you know about rollin’ down in the deep

Just started playing it, (getting some RC badges) it's been enjoyable so far! Just cleared out the baddies on Jamgame Farm (nice names lol)

Some bugs I noticed, not sure if you're planning on bug fixing ever, but figured I should point them out:
Noticed a small bug, I used pluck, and then a grubbin used its oran berry at the end of the turn so I guess pluck doesn't work?
After losing to the wannabe villain in Jambarn Farm the Nurse Joy disappeared and reappeared when healing my pokemon.
Beak blast caused a error message, but didn't cause a crash on the first turn used.

This game sounds and looks amazing, cannot wait to start playing it!!

That One Guy's GF

Just beat Desiderate today and it was a really enjoyable ride! There was something incredibly warm about the visuals, if that makes any sense; there are plenty of fangames that use gen 3 graphics, but this game actually made me feel like I was back playing Emerald on my old GBA. I loved the tilesets you used and the environments I got to explore. Your maps were big and had branching paths which oftentimes guided the player back towards the next destination, which I really appreciated while exploring the world as well. ^^

The mini-economy with berries and the extra minigames were fun as well. Berries definitely helped me obtain some useful TMs so I could actually take down a certain Pokémon on the final bosses' team. (My only nitpick was that I couldn't get past one of the final boss' Pokémon and had to grind on wild Pokémon to defeat him.)

Your humour and writing was spot-on, which also made the world more interesting to explore. Just having unique messages on minor pieces of furniture, or the way you could help out NPCs with little sidequests made it that much more exciting to talk to people. (The girl who really loves walking in circles and the baby-eating conspiracy theorist are probably two of my favourite NPCs overall. The MC's parents had some pretty hilarious conversations on the phone as well, as did the totally not kidnapper.) 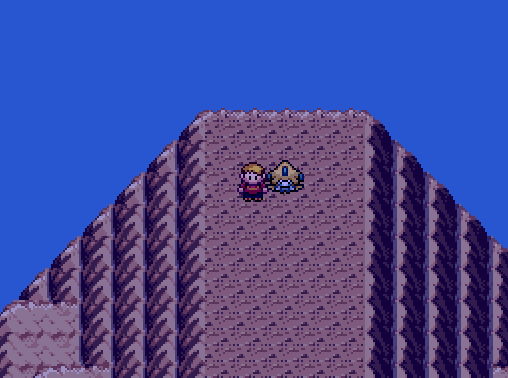 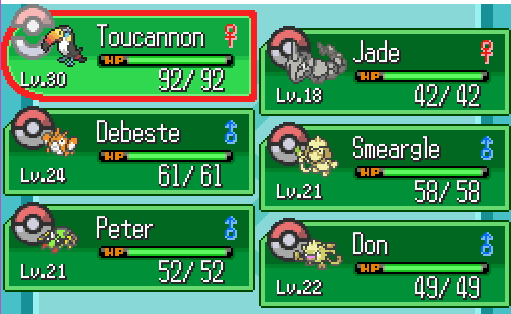 This was fun all around and I'm absolutely going to check out your other GJ entries in the future!