This thread's author is looking for long-term team members.

Due to coronavirus, my exams for this year have been cancelled and so I have a large amount of free time on my hands. Therefore I have decided to start making a new hack with the pokeemerald decompilation. This hack is Pokémon Wisteria, a remake of sorts of my 2015 Essentials game of the same name. It will both remake the original project and complete it (the 2015 version was only a demo).

I am looking to recruit spriters for the project who are able to sprite in Gen 3/4-ish style using GBA specifications. Spriters will be needed for Trainer sprites, overworlds of people and Pokémon, and for the UI (to rehaul most of Emerald's UI with fresh visuals, as well as for new features). Most other roles I can handle by myself, although a musician able to create MIDIs fitting for a Pokémon game is also very welcome. It is preferred that you already have experience working with GBA hacks, although not required.

Anyway, this is a roadmap of progress I'm looking to make over the next few months:
The goal is to complete the demo by June 30th in time for the Relic Castle Summer Game Jam.
And now, screenshots of the game's current state. Screenshots subject to change. 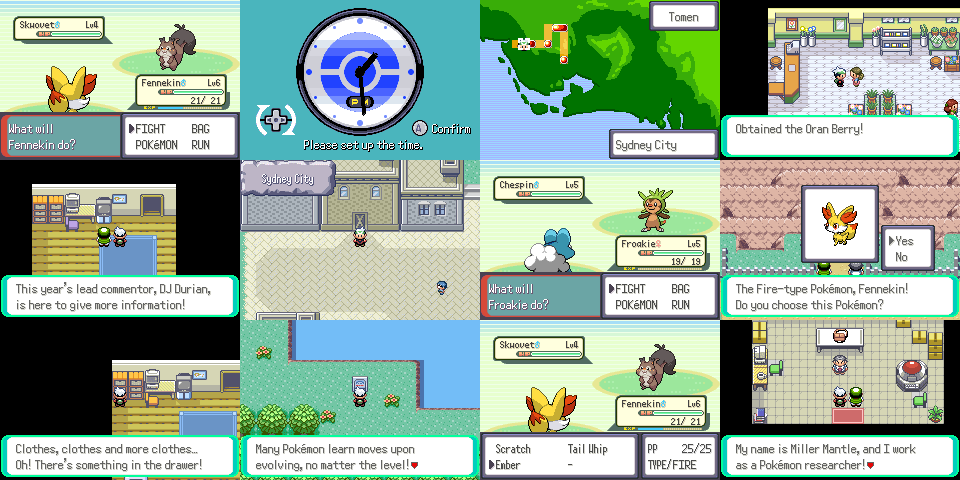