Everything started long ago... When a virus-infested the Sherwood region... Chaos and war ensued...
But no one was there to help... no protagonist... no evil team, Just a Bio-weapon of mass destruction created by the Pokérus Laboratories. In this experiment, you play as Akira, a person infected by Pokérus. Can you help him regain what he had lost? Or will you also succumb to Pokérus?

Everyone is the same... Everyone was infected with the virus... the great equalizer

Make sure to save your game often!

Notes:
Sorry if there are some grammar errors I am not a natural English speaker and Grammarly and my team helped but not 100%

When you fight a trainer it says you defeated the trainer but Akira is the one that gets the prize money that's an intentional error figure it out yourself ;)
My username may be Maurili but you can call me Derek (easier to say)
there's a secret ending i think..?

Not a scobunny · From Brazil
Member

Hi, I haven't gotten far but wanted to post about an issue that ends game progression!
This trainer (I think the name was something like Thief Xievier?) freezes the game after battling them. I'm guessing there's a move route that's being blocked. 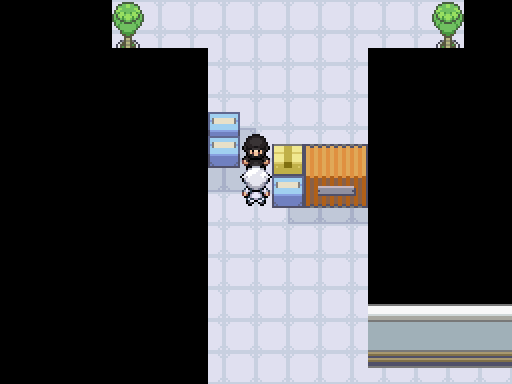 Oh yeah, I just checked and indeed that what is happening
you can skip this trainer trough, you can kinda skip a lot of the game if you want XD
but an update for that will be out like... now

Yo, I just played your game! Here's a bullet point of things I noticed:

But this is your first game, and you guys only had a month to do it, and I think that's absolutely superb! Y'all should be proud of yourself. You did a great job, so give yourself a pat on the back, guys.
Last edited: Mar 9, 2020

Hello uh
I downloaded this today and it says
"RGSS-RTP Standard not found."
So I couldn't play the game :')

Problem: an error saying "RGSS-RTP Standard not found" prevents the game from launching.
Solution for players: got to the rpg maker website, mouse over the downloads tab, then select additional -> run time packages. You will be asked which version of rpg maker you want. For this game, select rpg maker xp and then the correct download button should appear just below. Lastly, run the exe you download to install it. Now the game will run just fine.

Oh ok thank you or your help!

Removed (user) from the world

I want your powers user... the power to travel between dimensions...

Was gonna download this, but it says the file is no longer available. Aw.