Hey, all! First of all, thank you for reading this post! Whether you're interested or just browsing, it's always awesome to see people check out the progress my team and I have been working very hard on lately. It was my goal not to make this post just a "here's the template, please help", but if that's what you're interested in then feel free to scroll down past this block of text. I was hoping to give some insight on what this project is exactly, so here we go!
Pokémon: Operation Strike Back (shorthand OSB) was the first fan game I made and published with help from my friend, Reaper. It was designed and made for the Relic Castle Game Jam in 2016 but honestly I wanted to see what I was capable of as a fan game developer making a game in such a short time. I learned a lot from that experience and honestly am a bit embarrassed by the product I created, but I'm a firm believer in owning your mistakes. Instead of going back and making the original what I wanted it to be, it just wouldn't work as a game in my opinion. OSB started out as purely features. You go through and rise up the ranks of Team Rocket until you become the Leader. Along the way you do missions and illegal crimes to help the organization. It wasn't until the last week or so that I wanted to include a story, as just playing through it got boring with no end goal besides becoming the Leader. The story started about two hours into the game already and was very rushed and not explained at all. Characters played important roles out of nowhere, new characters arrived out of nowhere, etc. It was horribly thoughten out and executed much worse. That blast to the past aside, I spoke with some friends, team members and fans of the original OSB and we were all in agreeance to just let the originally lie as is. But I couldn't let it go unjustified, so I started from scratch with OSB2, starting with a story. The whole game's sprouted from there (who would've thought). The team and I are very ambitious about what this game can become, but the four of us alone aren't enough hands or even creative enough to put what level of polish, entertainment and general fun into the game. So that's why I'm making this post!

We eare currently hoping to recruit the following: 1-2 spriters, 1-2 fakemon/character concept artists, possibly a coder and possibly a mapper. For the concept artists, there shouldn’t be a huge amount of work to do, just small projects here and there.
Name of the game: Pokémon: Operation Strike Back 2.
Team Name & Members: Lunation Productions. Falcon, MeetYourReaper, Cadeorade5 and PiplupBubbles.
Progress Check: Currently I am working on features for the future, but gameplay-wise we have two days worth of boot camp, which is about 45 minutes of gameplay.
Screenshots: 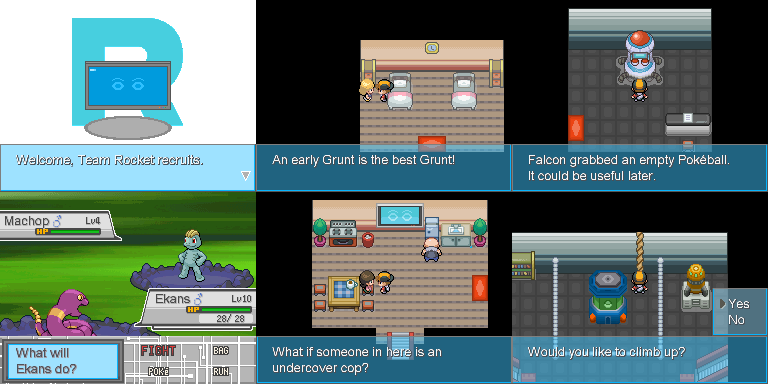 (Working on finding a better custom font. Gameplay is not yet final.) 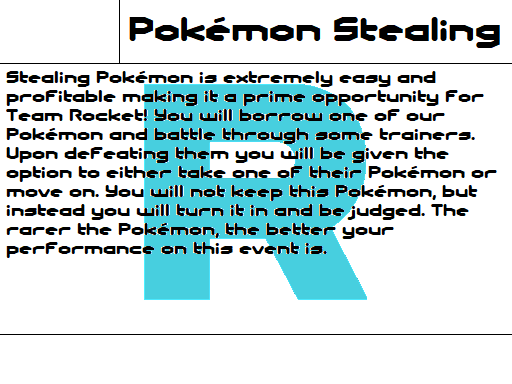 I can't seem to get gifs to work so here: Pokémon Stealing Feature 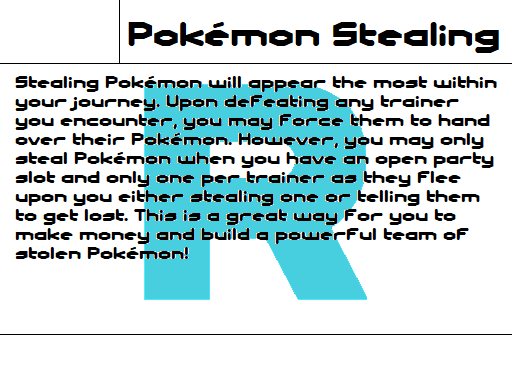 Method of Contact: Either DM on RelicCastle or add me on Discord- Falcon#9540
Additional Information: I think I've written enough, thanks again for getting this far and I hope to hear from you soon!​
Last edited: Aug 21, 2018
You must log in or register to reply here.
Share: Facebook Twitter Reddit WhatsApp Email Link
Top