How does it work?!
You can make any Pokémon have a "special" flag through code. If the Pokémon is detected to have such special trait in them, then it will display that pink heart in the Party screen.

Additionally, if the Pokémon is holding a Mega Stone or a Z-Crystal, it will display a particular graphic instead of the default item sprite (the yellow and orange rectangle).

Show me the goods! 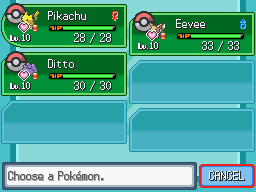 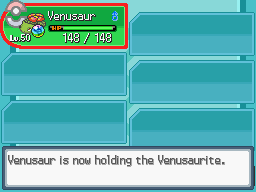 ​
Animated (the heart stays in place):

​
Alright. Tell me what to do.
Paste these two Pastebins as new script sections above Main. They will replace "PokeBattle_Pokemon" and "PScreen_Party".
Pastebin (PokeBattle_Pokemon)
Pastebin (PScreen_Party)
Download these three files and place them in your Graphics/Pictures/Party/ folder. Give them the following names:
"icon_heart"

If you want to port the individual changes, use a Text-Compare tool like text-compare.com. I chose to just include these because most people won't be making their own edits to those script sections, and to make it easier to use. The truth is the code itself has very few changes, so if you want to individually port those, it'll be easy, when you compare the pastebins above with the ones from default Essentials.

That's it folks. That should be all. Oh but wait!

How do I make a Pokémon be "special"?
You just edit it before or after giving it to the player. For example, if you want to give the player a special Ditto, you will edit it like this:

Code:
If this isn't done from a new save file, you'll encounter errors as the Pokémon previous to adding this code won't "acknowledge" the existance of this "special" flag. Because of this, I recommend you make a new save file. You could replace step iii with an existing value, like "form=9" and give the Pokémon you want that 9th form as a lazy workaround.
[/SPOILER]


Note: To use Z-Crystals, you'll need to be using Amethyst's Z-Move Addon.

When the Pokémon is holding a Mega Stone (not including Red Orb and Blue Orb), the Mega Stone picture will be used instead of the normal item one.

When the Z-Move Addon is used, you need to comment the bits that say "# Uncomment this part if using Amethyst's Z-Move add-on". There's about 3 of them. The game will then use the Z-Crystal sprite when it's holding a Z-Crystal.
Okay. Now we're done. For now.


Please do not redistribute this anywhere resource anywhere else. If you wish to share this, link to this site.

This is very cool creation!
Thanks for create this!
Upvote 0 Downvote
Read more…
Top