This project has a release available. The full version is still a work in progress. 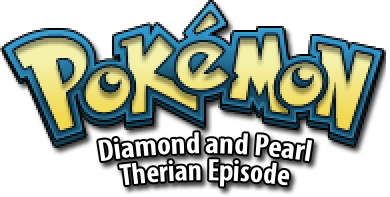 @Radical Raptr + @Mr. Gela
Notes:
Embark on a journey to save the Theorus Region from an inescapable tragedy!

Play as Lucas/Dawn directly after the events of Diamond and Pearl
in this thrilling Therian Episode where you will explore a new
region known as Theorus!

The Theorus Region has been plagued by treacherous weather, and
the regional Prof. has turned to the only person he can think of, Rowan.
Rowan enlists you, along with the help of Barry and Dawn/Lucas
and together you will save the region from certain doom!​
*You cannot upload a .sav file, but returning players will receive a treat!
***Remember to install ALL of the fonts, even new ones!*** 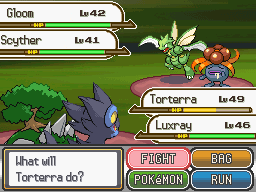 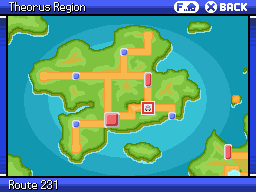 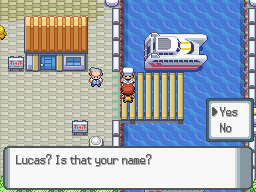 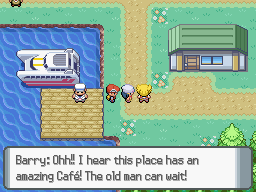 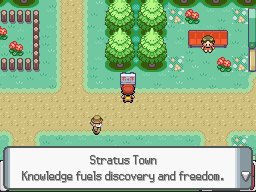 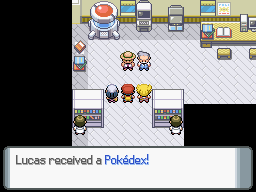 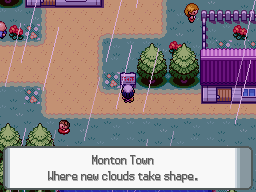 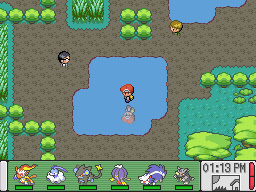 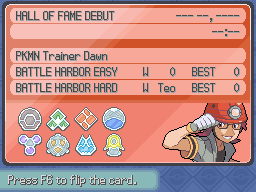 ​
*Fixed issues with the Pokemon.txt file - giving several pokemon their correct Fairy typing
*Fixed several issues with specific trainers - either not being defined correctly, crashing because of missing/typo information/ having incorrect classes
*Fixed several tile errors in various maps + passibility issues
*Fixed a bug that prevented roaming encounters in the post game
*Fixed a bug that allowed Rotom to be caught infinitely
*Alterted the maps where roaming encounters can be found
*Fixed an error with the display names of the Battle Harbor NPCs
*Fixed an issue with the Battle Harbor Reclass NPC
*Fixed a crash in the Alto Market
*Fixed an error with EXP gains soft-locking battled when leaving pokemon in the daycare ranch
*Fixed a bug where new weather effects could be suppressed/ prevented
*Added 4 new shiny pokemon/ new forms + npcs/ events to distribute them
*Added an optional dungeon
"Pokémon Essentials" was created by:
Flameguru
Poccil (Peter O.)
Maruno

Pokémon is owned by:
The Pokémon Company
Nintendo
Affiliated with Game Freak

This is a non-profit fan-made game.
No copyright infringements intended.
Please support the official games!

Discord: RadicalRaptr#6969 · From East Coast
I'm easy-going and pretty laid back. I have dabbled in my fair share of game dev, and have nestled myself into a niche of creative writing, dialogue, story design, mapping, and moderate spritework.

If you have any questions feel free to hmu, I'll reply as soon as I can!
Member

Current patch: 1.1.1 (Please update if you're on 1.1)
Known issues to avoid until next update:
- The game allows you to skip the "roaming battle" mini-quest before accessing the shrines. Play the game the way it's intended or your way until a patch.
- The final Postgame Pokémon battle might not be working properly.
Last edited: Aug 24, 2020

Alright everyone, its what everyone's been waiting for, the updates!

You're probably wondering what got changed, well I'll tell you:

*Fixed issues with the Pokemon.txt file - giving several Pokémon their correct Fairy typing
*Fixed several issues with specific trainers - either not being defined correctly, crashing because of missing/typo information/ having incorrect classes
*Fixed several tile errors in various maps + passibility issues
*Fixed a bug that prevented roaming encounters in the post game
*Fixed a bug that allowed Rotom to be caught infinitely
*Altered the maps where roaming encounters can be found
*Fixed an error with the display names of the Battle Harbor NPCs
*Fixed an issue with the Battle Harbor Reclass NPC
*Fixed a crash in the Alto Market
*Fixed an error with EXP gains soft-locking battled when leaving Pokémon in the daycare ranch
*Fixed a bug where new weather effects could be suppressed/ prevented
*Added 4 new shiny Pokémon/ new forms + npcs/ events to distribute them
*Added an optional dungeon

***We found a new bug LOL, the roaming battles are optional???? You are intended to fight them before starting the dungeons, please play in this order until 1.2 is released thank you***
***Another issue with the optional dungeon, the pokemon at the end causes a crash when caught***
Last edited: Aug 14, 2020
My art blog

Hey Man! I've been loving this game so far! It keeps getting better & better. The part i like the most is that It goes with the story after Pokemon DP. Btw one small request - Could you please provide the download link of Mediafire? I wanna share this with some of my friends and Mega doesn't seem to work for them. Have a Great Weekend!!

Hey, dropping a small update patch, sometime this weekend I hope to release the full 2.0 version, no bugs, all the good content, both an update and a full release link, definitive download, completed now and forever, both on mediafire and mega

So I only just finished this despite starting it a while ago due to life being busy. But it was a fun journey! The game was really nice and felt "authentic"? I'm not sure if that's the right way to put it but the game really felt like it fit right into the mainline Pokemon games. It has a lot of Isle of Armour vibes. The open exploration was nice, I wasted my first hour and a bit of this game just running around ignoring the plot. It was a good time. Just for some dot points of my thoughts:

-Alto town was so cool, I really enjoyed arriving at this town and being whaaa?!?! Maybe that is an overeaction but I really liked the town.
-The dungeons/boss battles are really where this game peaks. First of all, all the puzzles were fun, new and inventive. I loved the mechanics.
-The actual boss battles were amazing, really drives home the boss battle vibe. Normally a legendary battle in Pokemon games can be pretty easy and luck luster, but the way these boss battles were done made it feel so cool.
-And finally, the battle harbor. Honestly it isn't really my thing, I've never been too into the battle facilities, but I really appreciate that a fan game made one. And a nice touch of polish to the game is just how many competitive items are included hidden around the map. Really makes the battle harbour complete.

These aren't really complaints as much as they are things that just felt a bit weird? So yeah, don't take them too harshly.
-The AI of the bosses could be a bit funky at time, I guess since it uses the wild pokemon AI. But being able to chuck a ground type against thunderous or a flying type against landerous makes the fight a lot easier when they keep using moves which don't do anything just by luck.
-Before you take down the roaming pokemon, there are no weather effects on the maps, but the npcs still talk about them. It just felt a bit weird seeing a NPC complaining about the intense weather when it looked normal.
-Felt a bit weird having pools of water in the game, being the champion, having access to the move surf, being able to use strength and fly, but not being able to use surf. It is a tiny thing and I imagine part of it comes down to the game jam restraints. But it just seemed a bit odd.
Just to drive it home, I really enjoyed this game, and I recommend to anyone who enjoyed Diamond and Pearl to play it. It feels like a nice bit of extra DLC.

this should be fun, Platinum was a real hoot for me on the DS, so i'm eager to play this.
H

Hello, I'm kind of new to this... Can i play it on my mobile on a gba emulator or do i have to download an emulator on my computer?

HardikB said:
Hello, I'm kind of new to this... Can i play it on my mobile on a gba emulator or do i have to download an emulator on my computer?
Click to expand...

It's made using RPG Maker, you just play the file directly, no emulator involved.
H

TechSkylander1518 said:
It's made using RPG Maker, you just play the file directly, no emulator involved.
Click to expand...

My crown is made from the Yellow Pages

There is an app named Joiplay that allows you to play RPG Maker XP games on mobile, but the game may be buggy when running on it, as XP/Essentials was made with just Windows in mind

Pokémon Diamond and Pearl being the first games I ever played (and which I played a lot), I unconsciously went into this game with a high standard - and I was not disappointed. The gen 3 aesthetic took a moment to get used to at first (since we're used to seeing Diamond and Pearl in, well, a gen 4 style), but it fit surprisingly well and executed brilliantly.

The story starts off at the end of DP, which was refreshing. Rather than dwell on that past adventure though, you quickly branch off to your own story which I appreciated. Since Thundurus, Landorus and Tornadus have never seen much story or inclusion, I was intrigued by their introduction. The first short adventure to defeat them once was short for me, as it was right on Route 231. Nonetheless, it was an excellent way to quickly introduce the new routes while not throwing the player into the deep dark. Marking the shrines that you must go to afterwards was also a good way to guide the player where to go.

The maps were well-crafted and resemble something we could have seen in an actual gen 4 game, while not being too long for their own good. They were very rich in detail and invited and rewarded exploration. It also doesn't take painstakingly long to get from one place to another, and most trainer battles can be avoided if you so please. The puzzles in the shrine took me a little bit to figure out, but they were quite inventive and unique.

The attention to music was excellent and served the game well, with every little interaction having an appropriate sound effect, and every area having fitting background music. The boss battle music really made the boss battles feel more intense, and were vital in bringing across the importance and status of the Pokémon.

The encounters with the three legendary Forces of Nature felt like true boss battles both times around, although the shrine boss battles were very difficult. In the boss battle with Landorus for instance, I first have to sacrifice 5 Pokémon to break its shield (because they all get oneshot, so I can only get one move off with each of them, despite the whole party being around level 50), and then I have one Pokémon left to deal as much damage as I possibly can. That last P.kémon was my Rotom Frost, which I got specifically for Landorus because it'd deal 4x damage with a Blizzard. But even with STAB-Blizzard and 4x effectiveness, I only dealt a quarter of its health in damage. And of course, it faints the next turn due to Hammer Arm. Someone else mentioned sending out a Flying type, but when I did it just used a Rock type move and it fainted either way.

Normal trainer battles were difficult, but not too difficult. It was fun to see some trainers give you a run for your money, like the cooltrainers near the shrines.